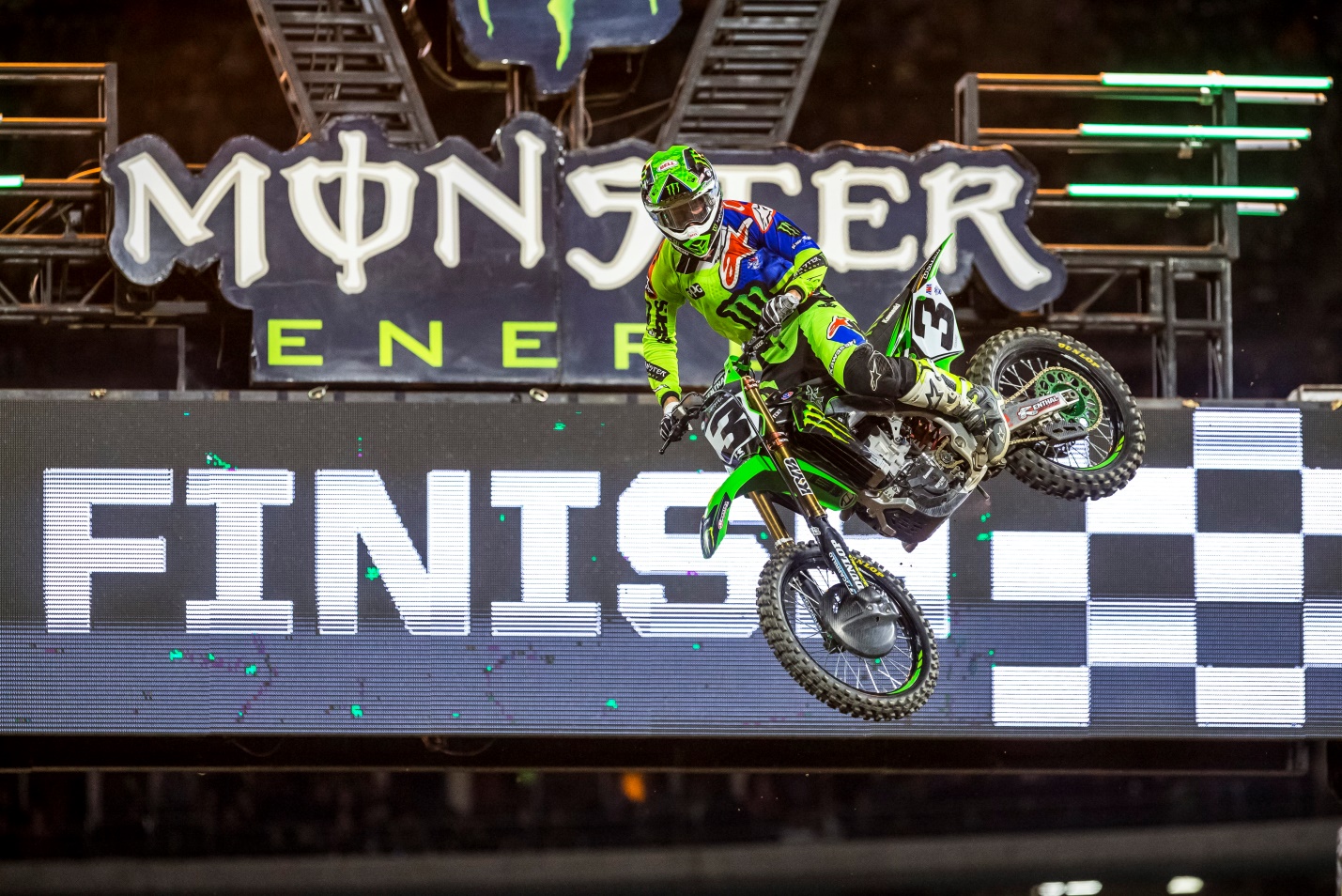 Monster Energy Supercross, an FIM World Championship returned to Angel Stadium in Anaheim, California for Round 3 of the 2018 season and the inaugural event of the Triple Crown format. In front of a sell-out crowd of 45,050 fans, Kawasaki rider Eli Tomac captured his first victory of the season. The new Triple Crown format includes three main events with Olympic scoring deciding the overall event finish positions after the third Main Event. As the gate fell for the 450SX Class Main Event 1, CP-Carrillo sponsored teammates Josh Grant and Eli Tomac rounded the first turn in fifth and sixth place. The two teammates battled fearlessly for several laps, before Tomac made the pass stick and went on to finish Main Event 1 in fifth place with Grant right behind in sixth. The Angel Stadium crowd was on their feet and cheering at the start of Main Event 2 as Tomac grabbed the holeshot to take the early lead. Tomac was pressured lap after lap, but never faltered and went on to win the second main event, while Grant held on to finish an impressive fourth place. In the third and final main event, Tomac once again captured the early lead with Grant in ninth place. Tomac would lead for five laps before dropping to second place where he would remain until the checkered flag. Tomac captured the first Monster Energy Supercross Triple Crown overall victory with a 5-1-2 score. Grant finished an impressive sixth place overall with a 6-4-8 score. "My shoulder made huge improvements over this last week," said Tomac. "We came into this weekend looking to be consistent and I knew we'd be able to be competitive. To leave here with the win feels amazing. I can't thank the team enough for everything they have done and continuing to believe in me. I'm looking forward to keeping the ball rolling." "Tonight was crazy," said Grant. "The three race format is definitely chaotic. I felt great all day today on my KX™450F and it showed. I actually had a lot of fun tonight and I'm happy with my results."