How much Pin Clearance is needed? 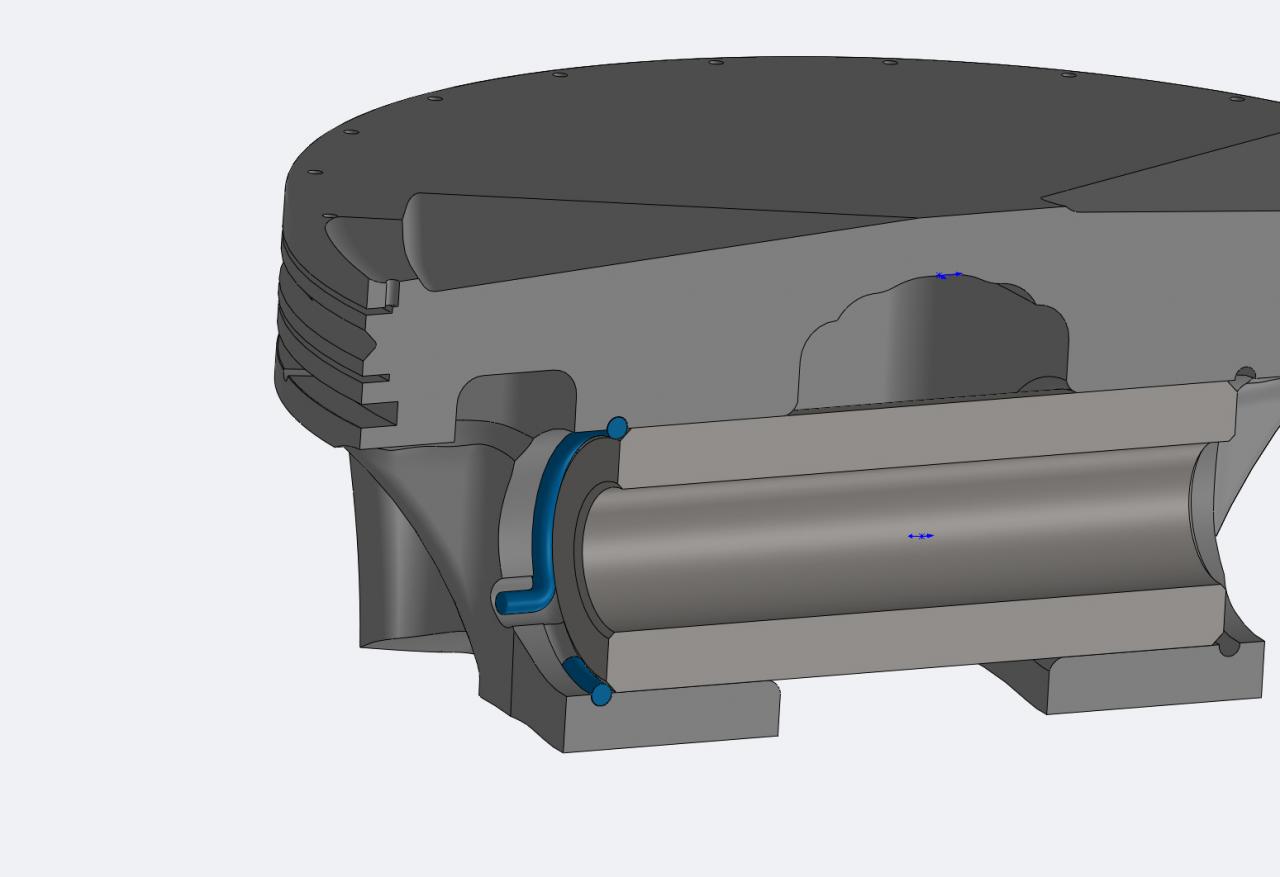 How much Pin Clearance is needed? No matter what material the wrist pin is made of, or how thick the wall is, pins experience some amount of deformation while your engine is in use. It is the same for the piston, no matter the thickness, or design (round style or boxed), they also experience a given amount of deformation while the engine running. If there is not sufficient pin clearance, both in the piston pin bore and the float clearance between the pin locks (“end play”), the engine may experience hampered ring seal, scuffed / galled skirts, galled pin bores, overheated wrist pins, lock failure, and even cracked, or broken pistons.

There must be sufficient pin clearance, so the piston can rotate freely while it is under compression, ignition pressure, and during the “pull and push” from top dead center, and bottom dead center. If the piston doesn’t rotate freely, the rings cannot slide unhindered in and out of the ring grooves during piston rock at top dead center, or bottom dead center. This causes the compression ring to be “rolled” off its oil film “hydro-seal”, hampering draw on the intake stroke, and seal on the compression / power stroke.

This same “ring rolling” also prematurely wears out the second rings tapered face, slowing down its ability to “wipe” oil from the cylinder wall, leading to oil control issues.

When the pin is binding in the pin bore during the direction change as the piston is pulled from top dead center, or pushed from bottom dead center, the piston can’t rotate freely, so the skirts can’t be unloaded from the cylinder wall, and can be severely galled. In our experience, the pin encounters the most deflection while being pulled from top dead center, leaving defined witness marks and hone burnishing just inside of the lock grooves. When the wrist pin is deflecting and turned into an “arc” it gets shorter on the inside arc, and longer on the outside arc, and that is why the wrist pin needs “float” clearance between the locks.

If this float clearance is insufficient, the pin will overload against the locks, trying to rotate and push them out. You will find piston material “pushed” up outside of the lock grooves, requiring deburring before disassembling, or worse yet, a cracked piston, and /or lock failure. So... how much pin bore, and pin float clearance is enough? Enough clearance to alleviate all the issues mentioned above, but for each individual scenario these clearances can be as varied as the engine combinations. It is best to consult your CP-Carrillo sales tech who have decades of combined experience with this all-important variable in piston design.